Driftwood LNG LLC, owned by Tellurian Inc., is hoping to develop a liquefied natural gas (LNG) production and export facility on the west bank of the Calcasieu River, south of Lake Charles, Louisiana. The proposed terminal, if ever completed, could export up to 27,600,000 tonnes of LNG per year. Yet after years of delay, Driftwood continues pushing the timeline for achieving a final investment decision farther into the future, now claiming it will occur sometime in 2022.

Financiers, justifiably wary of investing in LNG export facilities, should avoid gambling with Driftwood. The World Energy Outlook 2021 report from the International Energy Agency concluded that meeting international climate goals requires that “no new fields or export projects are developed, and natural gas prices fall to the marginal cost of delivering LNG from existing and under-construction projects.” Thus, investing in new LNG export facilities, like Driftwood, could mean billions of dollars in stranded assets and long-lasting reputational damage. 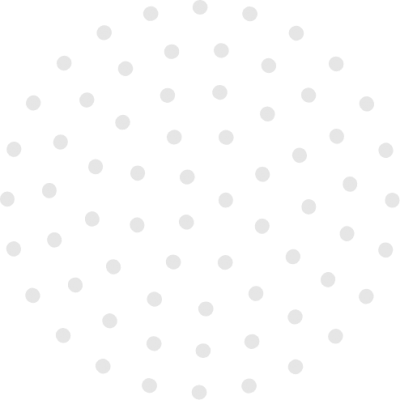 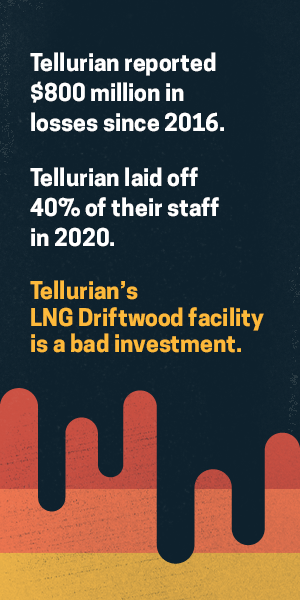 Driftwood claims its medium-term offtake deals with energy traders Gunvor, Vitol, and Shell are sufficient to allow it to proceed with construction. These deals, however, only cover about 80% of the planned capacity of Driftwood's slimmed down "first phase."(Driftwood was approved to build up to five liquefaction plants at the facility, but given limited support, is currently pursuing only a smaller version of the first two.)

All of the other LNG export terminals operating in the U.S. were first backed by long-term, 20-year offtake contracts that provided lenders confidence that they would get repaid. Without firm long-term contacts, Driftwood amounts to a speculative $12 billion bet on a project that will take years to build and will depend upon the notoriously volatile international gas market to eventually reward investors.

Tellurian’s pattern of financial difficulties further exacerbates Driftwood’s vulnerability. In 2020, Tellurian laid off 40% of its employees. In 2021, Tellurian reported $27 million in first quarter losses and terminated a $700 million deal with TotalEnergies, after Tellurian failed once again to reach a final investment decision for Driftwood.

Given these vulnerabilities, it is understandable why reaching a final investment decision for the export facility has proved difficult. Tellurian still cannot find sufficient investors for its proposed terminal, which is projected to cost $12 billion. And the fact that the company is forced to patch together medium-term offtake deals, rather than securing traditional long-term contracts, further demonstrates the precarious nature of the investments in this proposed LNG export facility. 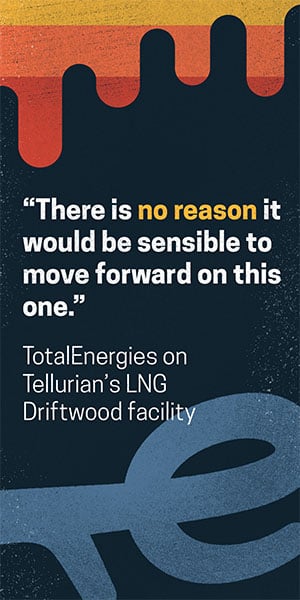 Driftwood, like all LNG export facilities, would pose an immediate danger to the surrounding community. These terminals flare and vent noxious chemicals into the air, pollute nearby water sources, and can cause deadly accidents. To liquefy natural gas, export terminals use dangerous hydrocarbons such as propane, ethylene, butane, and pentane. These chemicals are extremely flammable, and have the potential to explode, putting workers and nearby communities at risk.

For all of these reasons, frontline communities and environmental justice advocates are bringing increased public scrutiny and opposition to LNG export proposals. In April 2021, 243 groups called upon President Biden and his administration to bring an immediate end to the export of LNG from the U.S. In October 2021, an international advocacy group projected anti-fossil gas messages onto the U.S. Department of Energy headquarters “to shine a light on the alarming path ahead as the US is set to become the largest exporter of liquid fossil gas by 2023.” As international opposition to liquid fossil gas grows, potential Driftwood financiers would expect to see themselves suffer a corporate backlash. 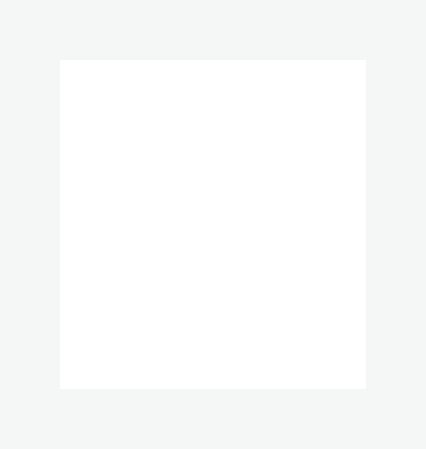 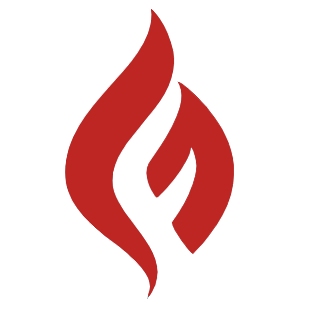 Gas hurts people. And it hurts the most vulnerable in our communities the worst, including children, older adults, industry workers, and frontline communities that experience environmental injustices. 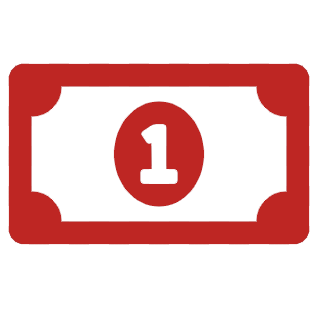 Exporting gas is a losing bet in a world transitioning to clean and cheaper renewable energy, leaving behind expensive pipelines and terminals. 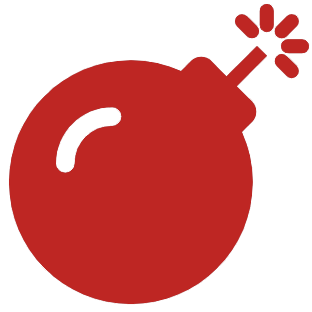 Explosions and other significant incidents along gas pipelines occur roughly every three days in the U.S.

From March through May 2021, TotalEnergies sold most of its stake in Tellurian at a steep loss.

In May 2020, TotalEnergies CEO Patrick Pouyanné declared that there was “no reason it would be sensible to move forward” with the project in the short term.

The rapid expansion LNG exports is a massive source of climate pollution, including carbon and methane emissions, and LNG export terminals contribute to that problem while harming surrounding communities and blocking development of renewable energy overseas. Although LNG is marketed as a better alternative to coal, after accounting for processing, liquifying, shipping, and methane leakage, the life cycle emissions footprint of LNG rivals coal. Besides producing methane emissions that cause climate change, gas contributes to air pollution that can cause premature death.

Burning gas produces nitrogen oxides (NOx), while the routine venting and flaring of gas at drilling sites releases volatile organic compounds (VOCs) and hazardous air pollutants, such as cancer-causing benzene. NOx and VOCs chemically react with one another to create ground-level ozone pollution, which aggravates lung diseases such as asthma. In addition, gas production, especially at well sites that employ fracking, depends on heavy trucks, construction equipment, and drill rigs that produce diesel exhaust and small particles into the air linked to heart and lung problems.

Communities of color and those with low household incomes make-up approximately 38 percent of the people living within three miles of proposed LNG facilities. For these frontline communities, public health is undermined by the air pollution from LNG processing, including particulate pollution and pollutants such as benzene and mercury compounds, volatile organic compounds, ammonia, sulfuric acid, sulfur oxides, and nitrogen oxides.

Building new LNG export facilities  will exacerbate climate change. Currently in the U.S. there are 21 LNG terminal expansions or new terminals in various stages of planning, approval and financing.

The World Energy Outlook 2021 report from the International Energy Agency concluded that meeting international climate goals requires that “no new fields or export projects are developed, and natural gas prices fall to the marginal cost of delivering LNG from existing and under-construction projects[.]” Other recent analyses from Natural Resources Defense Council and Global Energy Monitor similarly detail how the continued expansion of LNG exports from the U.S. is incompatible with the Paris Climate Agreement, jeopardizing U.S. climate goals and derailing them for the rest of the world.

Liquefied natural gas (LNG) terminals are among the largest capital projects ever attempted in modern industry, including some projects costing over US$30 billion. At that scale, a project can appear unstoppable, especially when backed by multiple governments. But big money is also nervous money, and the go-go atmosphere that characterized the LNG sector just two years ago now lies in what seems like the distant past. This is particularly true in North America, which leads the world in LNG export expansion plans.
Learn more 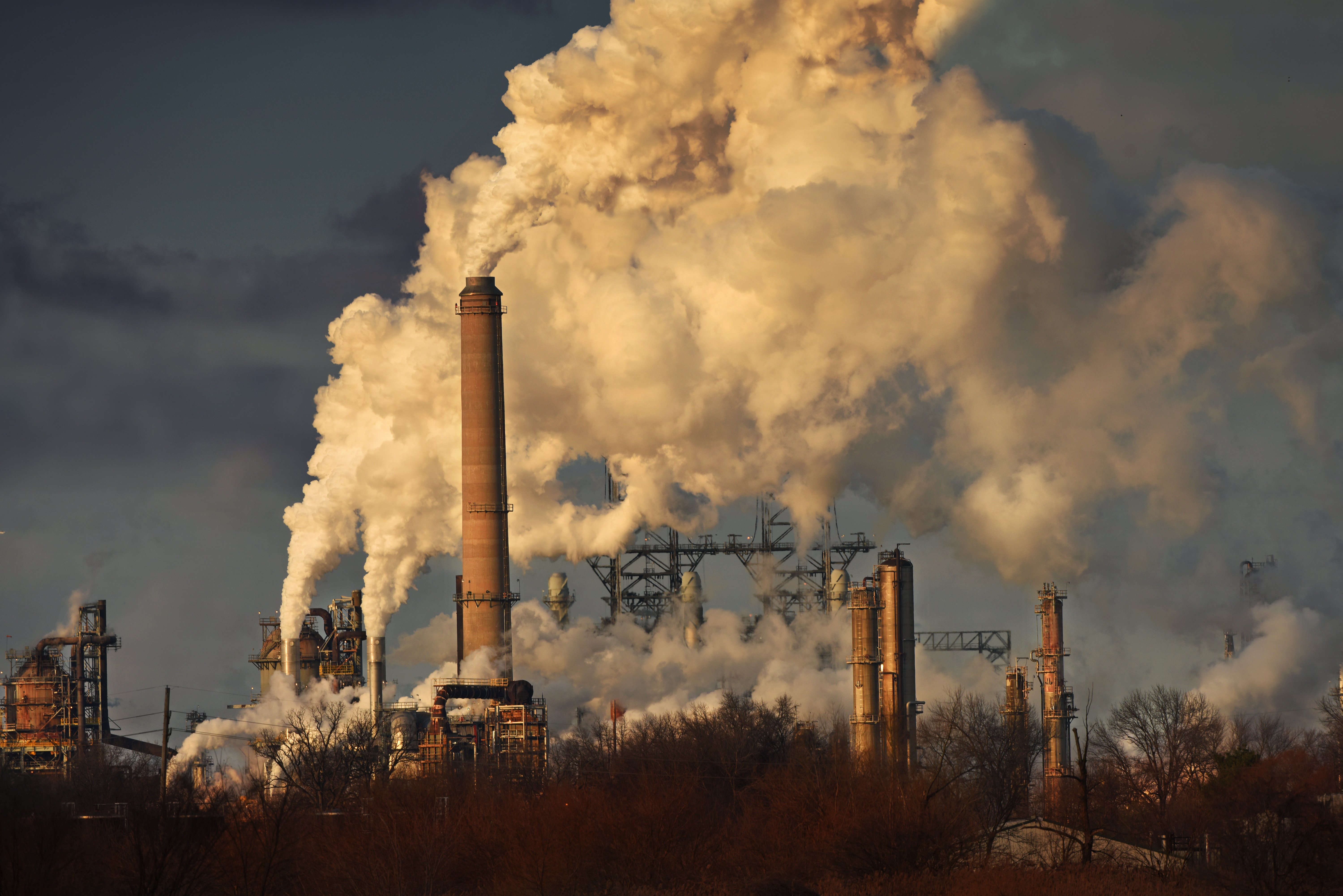 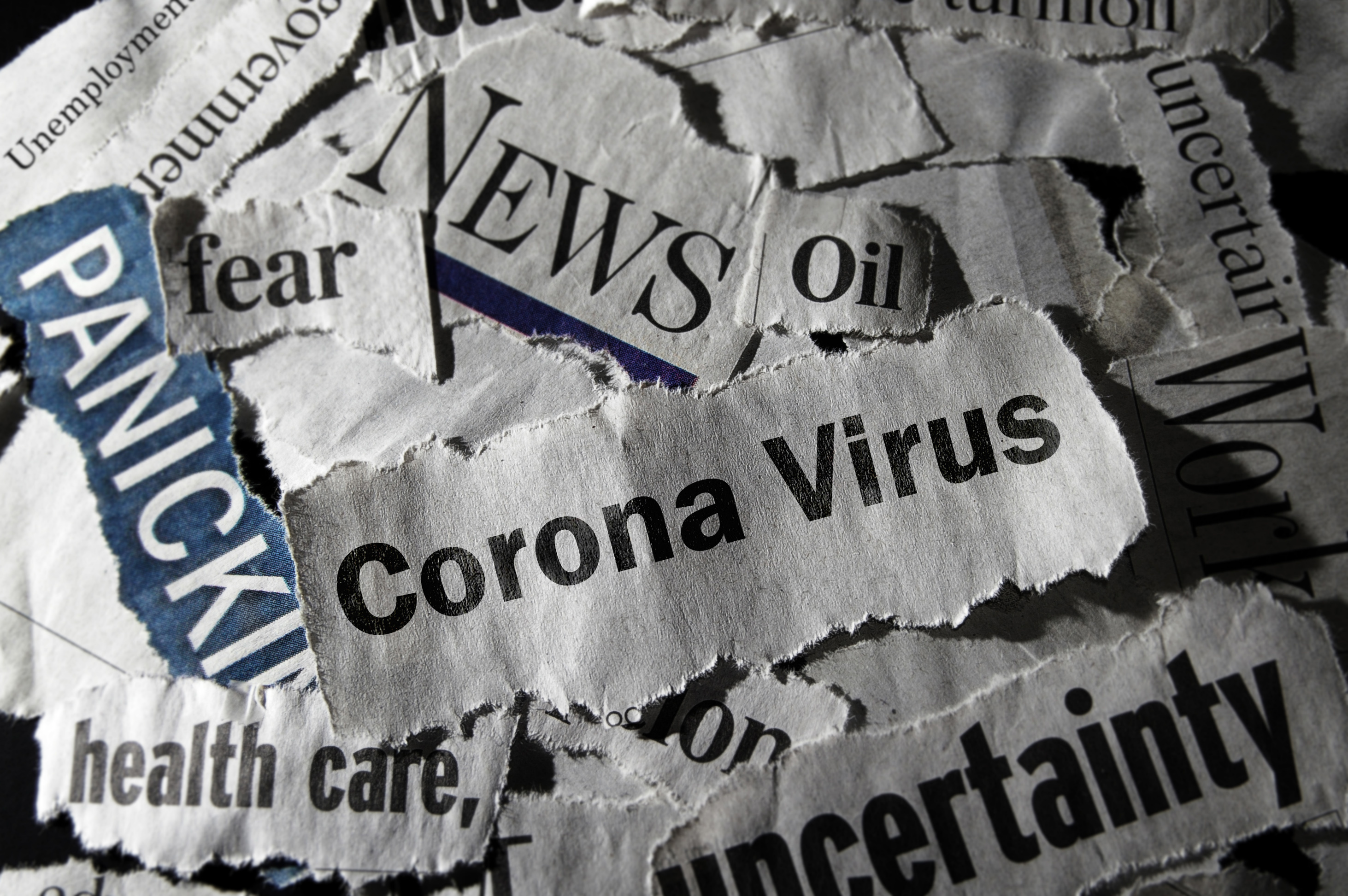 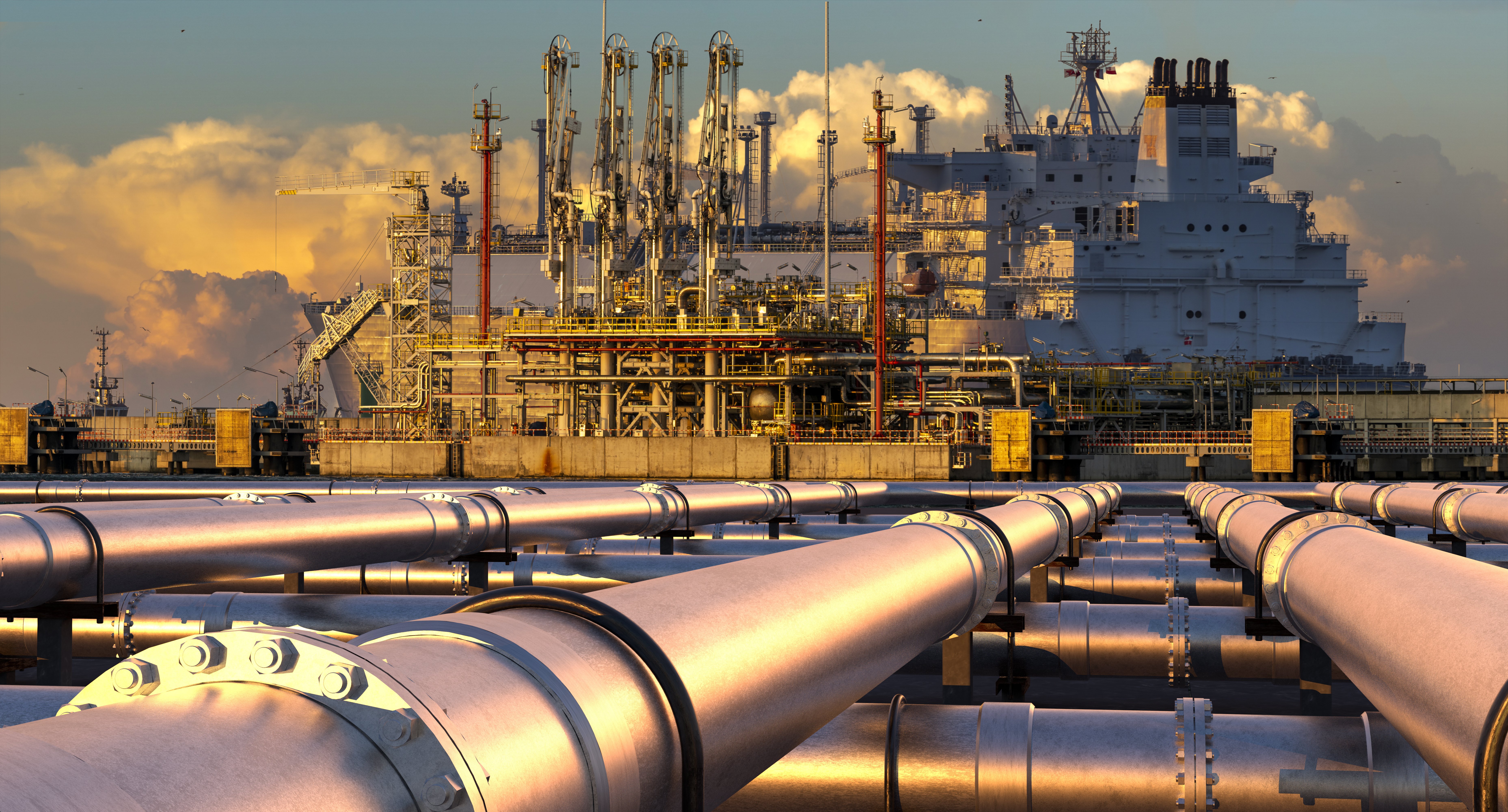 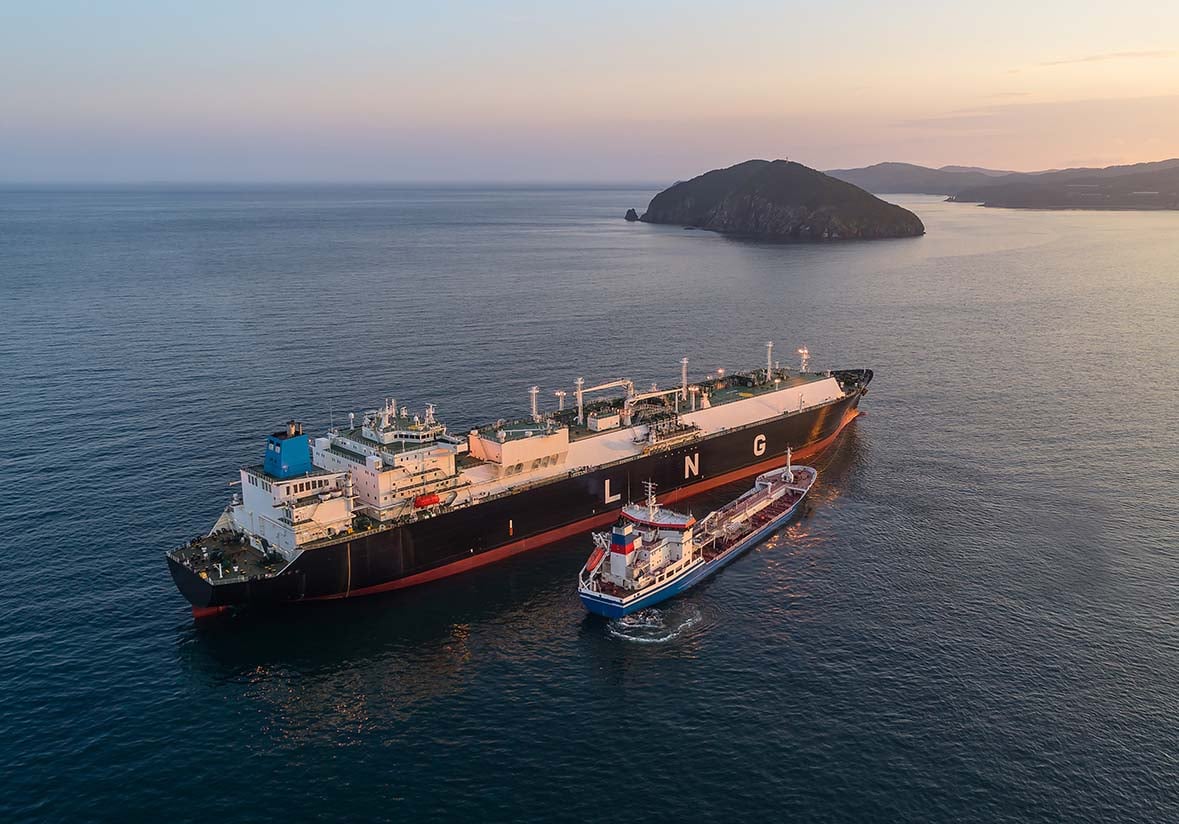